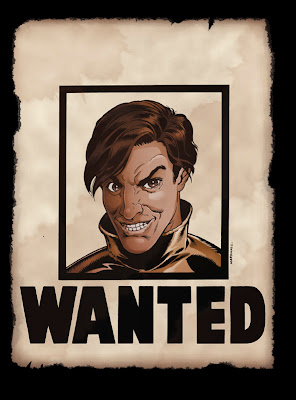 At last! A cover from one of 2000AD's truly unsung heroes, Paul Marshall. This terrifying cover features a genuinely scary image of Dredd's murderous nemesis PJ Maybe, as he grins maniacally at the reader. Paul, who's first work for the galaxy's greatest was over twenty three years ago, has drawn a variety of strips for 2000AD and the Megazine, with highlights including Dredd, the legendary Firekind, Leatherjack, Nikolai Dante, Samizdat Dquad and Sinister Dexter.
Over to Paul, who tells us "This cover had a very straightforward idea/concept behind it. Matt Smith had a clear vision for what he wanted this cover to look like. The idea being a traditional style 'Wanted' poster seen from the viewer's eye-level with PJ looking out at the reader with a chilling/evil style grin..."
Below we see Paul's brilliant first pencils, with PJ certainly looking every inch the psychopath! 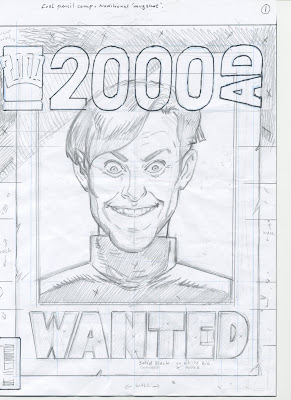 Paul continues, "Initially PJ was meant to have the straight-to-camera mugshot pose but we changed this to a slightly more angled view. This added a little more visual interest to what could have been a somewhat static image..." 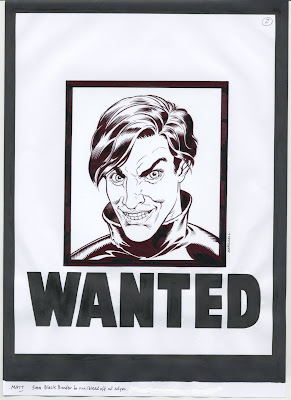 Interestingly, Paul's initial colour choices didn't match muted, more sepia tones of the finished version. He says "Then it was off to Abigail for the colour... I didn't go with this version... wasn't sure if it worked. Too clean, too colourful? As it turned out, Abigail Ryder (colourist on Kingdom) did a fantastic job, so I was right afterall!" 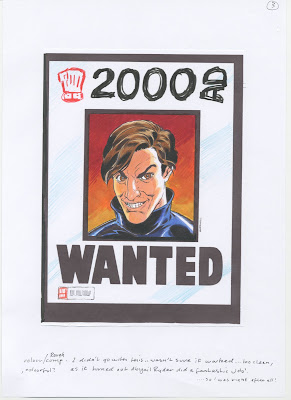 Very modest comments there from Mr Marshall! Below we can see Abigail's excellent colours and how she interpreted the brief. Maaaan, that really is an unnerving image of PJ!

Finally, the image as printed... 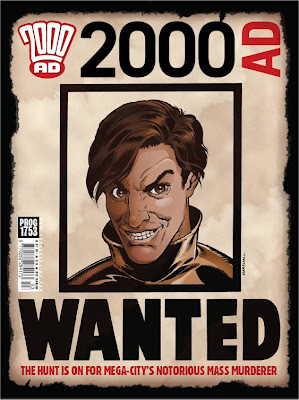 Thanks a million to Paul for getting in touch and allowing us to see the stages involved in creating such a cool cover. I've been trying to get this illusive droid for a loooong time so it's brilliant to finally be able to publish the work in progress sketches and learn a little about the design ethic of such a long serving, esteemed artist. Thanks again Paul!
Posted by Pete Wells at 12:47