Carpet swatches, wires, batteries, lights and foil, it must be Bill Sienkiewicz! EDITED 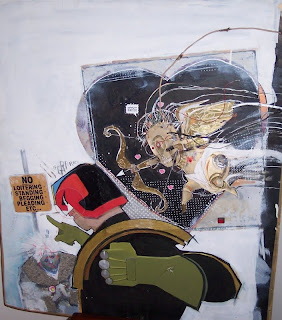 EDIT - J H contacted me to say that he'd measured the piece and it actually measures three by two and a half feet and not four by four as preciously mentioned. Also, 2000AD messageboarder CraveNoir was kind enough to send more pictures of the piece from when it was on ebay four years ago! I'll pop them at the bottom of the post.

I saw this on comicartfans.com and simply had to share it here, it's brilliant! Back in the 1980's, Titan Books reprinted classic Judge Dredd strips in their lush 'Chronicles of Judge Dredd' series of graphic novels. The covers for the books were produced by some very high profile artists including an impressive, very distinctive run by American artist Bill Sienkiewicz.

His covers were striking, often including abstract elements and plenty of collage or photography. This is perfectly demonstrated by the piece above. Proud new owner of the artwork, a guy known as J H, describes the piece. He says:

"This piece of artwork is HUGE! It's painted on a board that measures almost 4 feet by 4 feet in size. It has a host of mixed media affixed to the art (wires, carpet swatches, stickers, gold foil, the list goes on). At the time the cover to this magazine was shot, the battery pack on the back of the art board (which held two C size batteries) powered the eyes of the angel and they lit up for the cover photo). A wild masterpiece from the best in the business in the prime of his career!"

Got to agree, what a work of art! 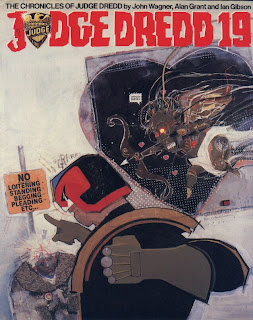 J H continues "This is the published magazine itself which showcases the original Dredd painting you see in my gallery. Notice the eyes of the angel are glowing? That's because the painting was originally battery operated (battery pack was on the back of the board and attached with the wires you see going across the top). The red button you see in the white space beneath the angel was the 'trigger.' Bill explained that he initially forgot to sign the original masterpiece before the cover was shot, so he had to go back and sign/date a photo of the art which is what was used for the cover. Now you know....the rest....of the story."

Absolutely crackers! Sienkiewicz went on to create thirteen superb covers for the house of Tharg, including this moody image below for the City of the Damned epic. I believe this is now owned by Ashley Wood, the lucky sod! 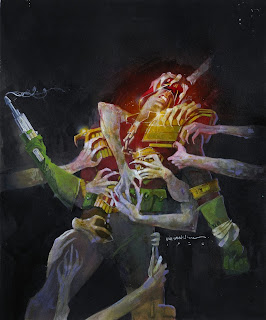 Thanks to J H for allowing me to re-post his blurb from Comicartfans on here and to CraveNoir for the additional pics. You can see all of Bill's Dredd covers by following this link to Barney.

* Those additional images from Cravenoir: 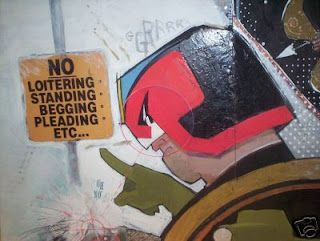 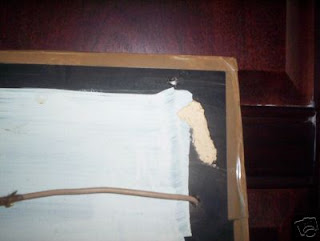 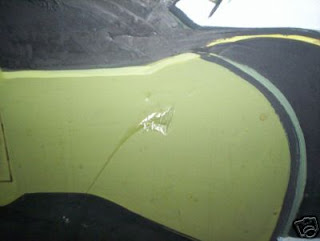 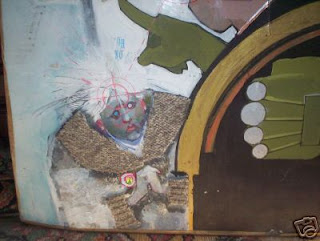 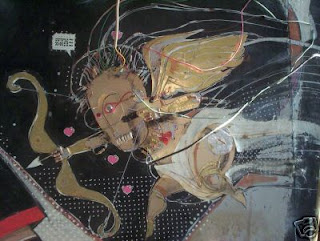 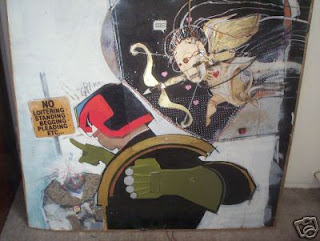 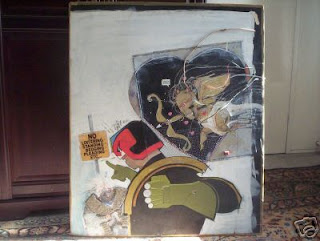