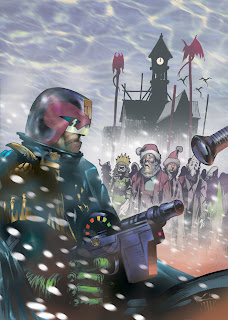 Merry Christmas everyone! To celebrate the festive season, let's look at some of the Christmas covers Tharg's droids have given us over the years. This post is kicked off in fine style with the wonderful cover of the current Megazine (292) by the legendary John Higgins. The printed version of this cover suffers from having the Megazine logo obscuring most of the clock tower which is a big feature of the story within so I'm happy to be able to show you the 'clean' version.

Okay, below we have two covers by the wonderful Carlos Ezquerra. A fine double page cover for prog 192 featuring a wealth of 2000AD characters and the cover of Prog 297 depicting the classic Dredd tale 'Night of the Rad Beast.' 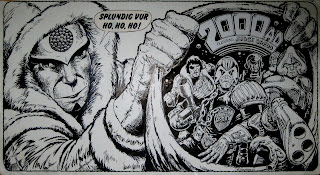 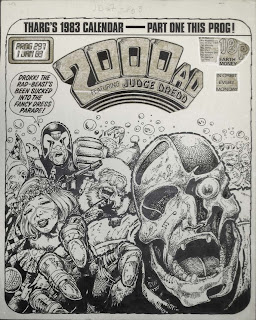 Classic artist Eric Bradbury provides us with the cover of 348 showing Tharg and his droids sticking it to the Dictators of Zrag once again! 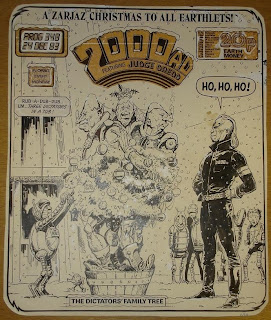 Next, one of my (many) all time favourite covers, Prog 658 by Richy Pickle (or Richard Dolan to give him his proper title.) This is followed by Prog 763 which followed two years later... 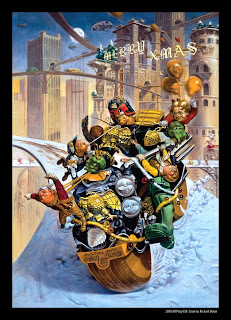 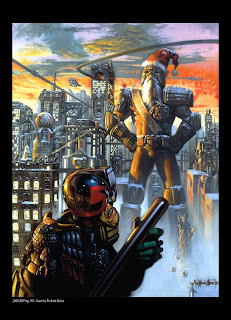 Next we have two festive offerings from superdroid Colin MacNeil. The first one (Prog 815) is a particular favourite for mine and I've recently acquired the original artwork for it, so I'm a very happy blogger! The second one is for Prog 710 and features a host of much loved characters including Chopper, a character who Colin (almost) killed off in Song of the Surfer. 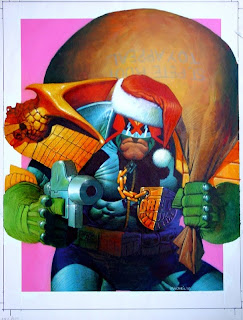 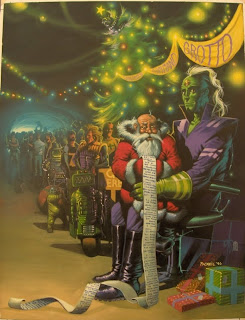 Next we have a cutie for Prog 920 from Jason Brashill (who now works for Valve Software company and was part of the design team for the mind-bending Portal game) and the cover of 1023 by Paul Johnson, featuring the Men in Black (Boo! Hiss!) from Vector 13. The less said about them the better I think... 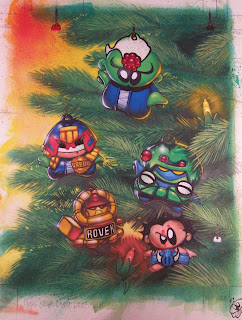 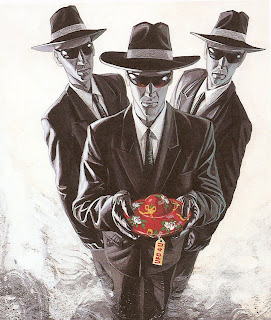 Onto the Megazine now and I'll start with this camply festive offering from covers legend Cliff Robinson. I love this man, sorry droid's, work so much I'm actually putting off writing a blog entry about him as I fear I won't do him justice! 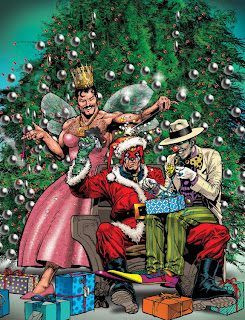 And another beauty from uber artist, Greg Staples (or 'Joe Dredd', as he'll be known in the forthcoming Judge Minty fan film) who's work formed the subject of the previous blog entry. 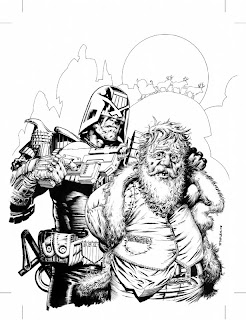 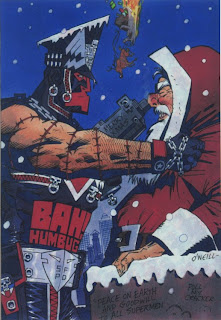 So, a Merry Christmas to all readers of the blog and a HUGE thank you to everyone who's contributed over the year, added comments, sent nice emails and the wonderful staff and artists of 2000AD who have been so kind and generous with their time and talent!