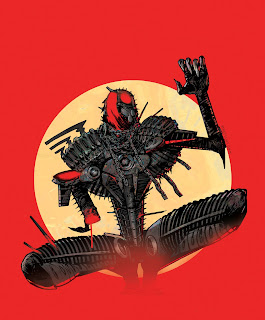 Among the many, many artists who have worked for 2000AD I can think of few who are as universally popular (or indeed as talented) as Mr Henry Flint. Known for his amazing creativity, bonkers imagination and staggering attention to detail, Henry has baffled and thrilled us in equal measure for fifteen wonderful years!

Henry's artwork has a wonderful old school feel that is mixed with a sense of the very best cutting edge design. The best way I can think of describing his work is, it's like someone took all the best bits of McMahon, Bolland, O'Neill, Gibson, Bisley, Robinson, Dillon, D'Israeli and Langley, mixed 'em together, added some concentrated creativity and ramped the Thrillpower up to maximum!

Above we see his fantastic homage to McMahon's seminal Cursed Earth cover of Prog 85, a fan favourite to many, many readers. In typically modest style, Henry said that Tharg "asked me to use the same pose as Prog 85, it was his idea and a good one too. I don't usually sign my work but I did with this one only so I could add McMahon's initials. It isn't that clear instead of putting 'after' I put a 'wink' !) anyway, those in the know will hopefully understand. It's always best to credit a pose (specially when you know you won't get away with it!!!)" 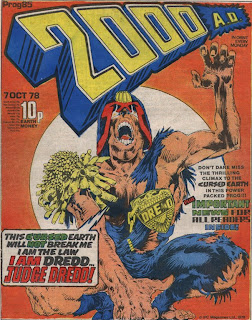 Below is the original artwork which is owned by super collector John Bamber: 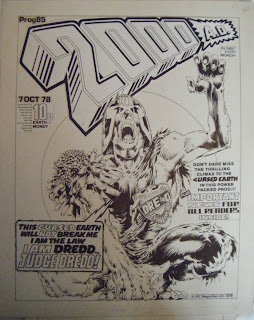 I'm sure McMahon will be flattered to see such an amazing cover from an artist who really is at the top of his game.
This cover reminded me of a set of variant covers Henry did for the ABC Warriors story 'Shadow Warriors' in prog 1476. I asked Henry about the design of these as there was something vaguely familliar about them. He said "Prog 1476 was my own design but it was directly influenced by Prog 130. I think I was asked for a group shot of the ABC's in action but I thought it would be interesting to have a cover in segments...like those 80's annual covers." 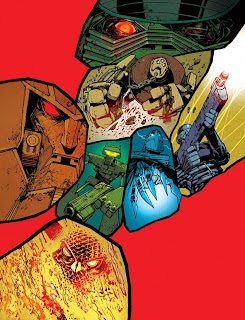 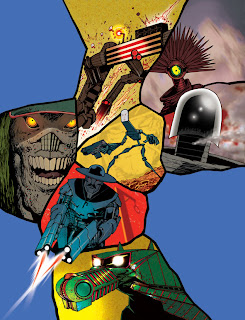 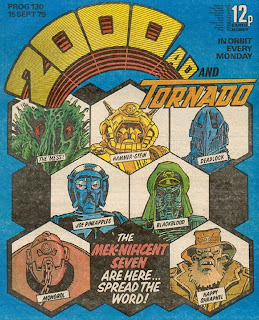 As well as Shakara, Henry is best known for his fantastic artwork on this year's hit strip Zombo (which he co-created), Nemesis, Deadlock, ABC Warriors and a host of Judge Dredd hits including the superb Dredd vs. Aliens crossover Incubus. 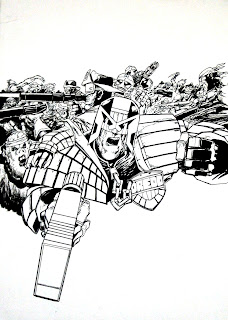 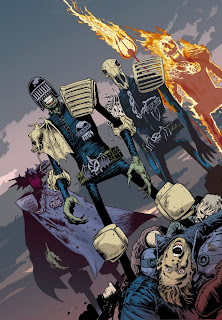 Once again, thanks to Henry for being so generous with his time and for the years of fantastic thrillpower he has given us all!
Posted by Pete Wells at 02:18